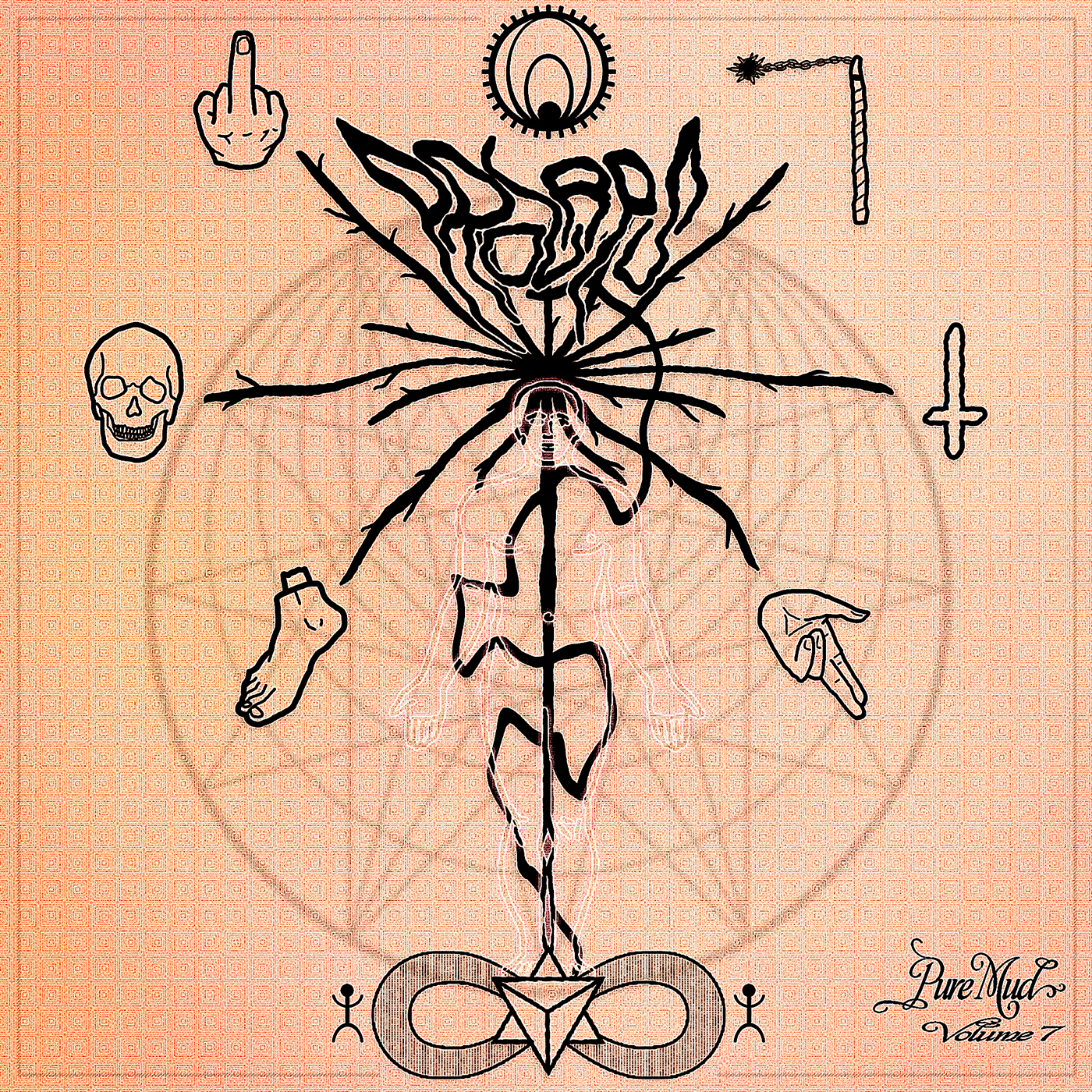 To be released on cassette, CD, and digitally on 3/20/20. C54 – red tape dubbed and imprinted at NAC. CD packaged in a mini-LP jacket. Design by Prolaps. This is the catalog page with album information and artwork. To view the store page, click here.

Prolaps is the Brooklyn-based duo of Biledriver and Starsore. As sound therapists who studied at the Monroe Institute, their therapeutic methods may fall outside of convention, but rest assured they want to bring you peace of mind. They also want to make it clear that while their bodies might appear similar to those of Kill Alters vocalist / producer Bonnie Baxter and Machine Girl mastermind Matt Stephenson, it definitely isn’t them. The duo’s debut album Pure Mud Volume 7 screeches out of the Hausu Mountain volcano as an unholy hybrid of vocal meltdowns and chopped-and-stitched bursts of noise texture, all planted over bonkers beats that twist their way through untold permutations of electronic dancefloor production. The album reaches a level of intensity in its auditory form alone to match the unhinged chaos of their live sets, which find them dressing in all-white outfits with matching hair and trading off dual vocal lines perturbed enough to make the most grizzled hardcore singer fall into a slack-jawed stare — while perpetrating some foul on-stage activities that, according to some testimony, involve fruits and human orifices. Their music feels like an overstuffed collage of extreme gestures and fragmentary ideas frankensteined together from the worlds of metal, jock jams, jungle, acid house, and harsh noise. Lead vocal lines in the form of screams, singsong taunts, and martial raps clash with the cyborg hooks of finely diced voice fragments. Technoid backbeats keep untz-untz-untz-ing at maximum intensity against a web of rave stabs and melting, pitch-shifted synthesis from machines they credited, in a rare report from their headquarters, under names like the Yamaha DMT100, the UA Theta Pattern Compressor, and the SoulNexus Channeler VST (64bit).

Pure Mud Volume 7 maintains a sense of reckless momentum through the continuous flow of the twenty-four tracks in its 50-minute program. The unrelenting pace makes distinctions between each “song” less important than the pure confusion conveyed by the constant juxtaposition of far-flung genres and queasy moods that manifest with the fierce brevity of grindcore and the scrolling eclecticism of a mixtape recording. The album plays out like a conveyor belt of intricately programmed drum patterns and beyond-deconstructed club signifiers that might only appear for a few seconds before being discarded with the rest of the debris. Prolaps’s attention to visual imagery and structural disfiguration brings a darkly cinematic edge to their productions, though it ends up skirting closer to a B-movie drenched in gross-out practical effects, or a demented rom-com filmed in the sewer system beneath New York’s streets. As the voices of Biledriver and Starsore burst into the mix, you see them in your mind’s eye as chattering heads floating up in the atrium of an austere DMT temple flooded with rainbow sludge and bodily fluids. With demonic grins covered in smeared makeup, the duo reminds us that this is a party and we’re all supposed to be having fun. And it’s true: for all of their cheekily confrontational tendencies, their scatological lyrics and static noise aggression, Prolaps never lose sight of the absurd glee at the heart of their music. 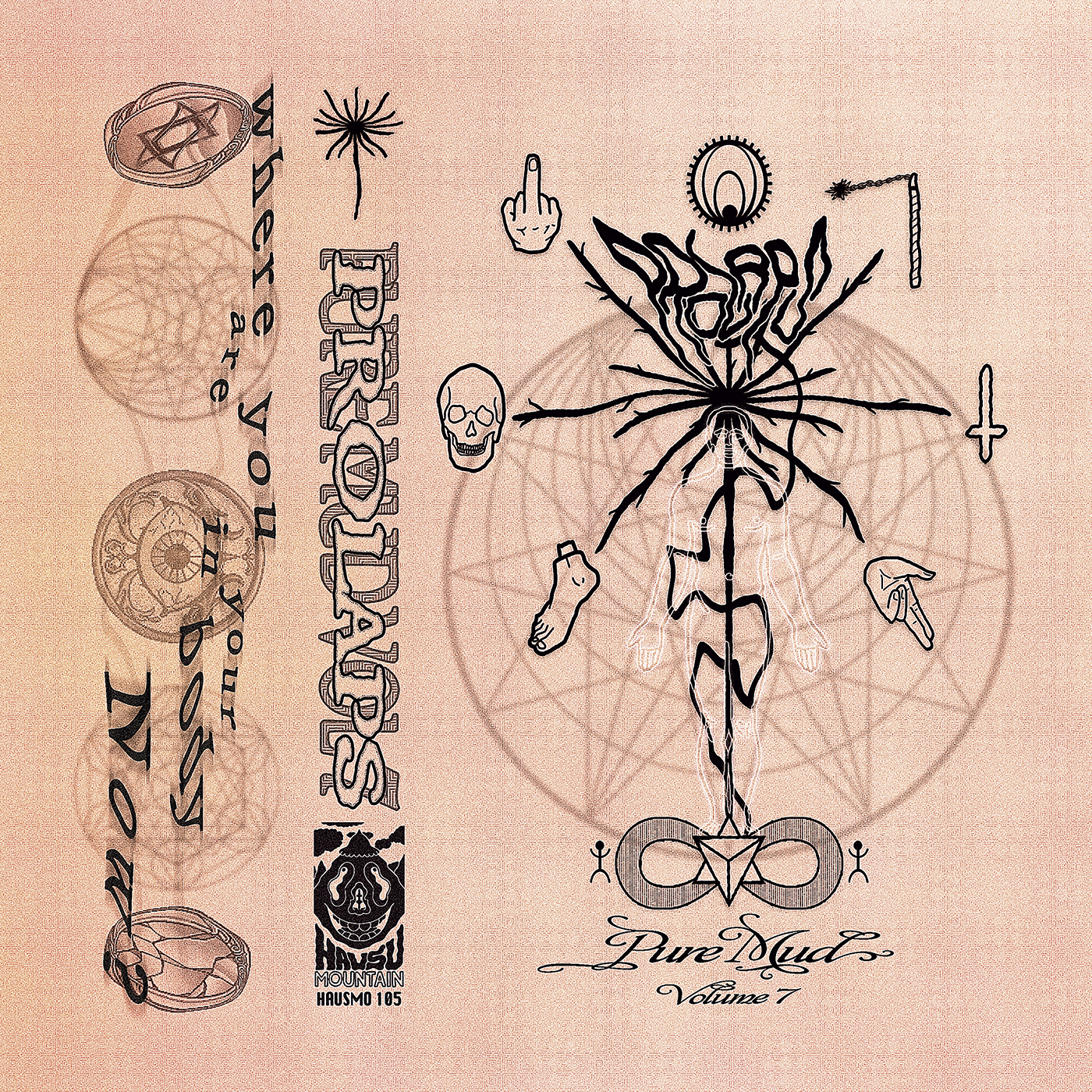 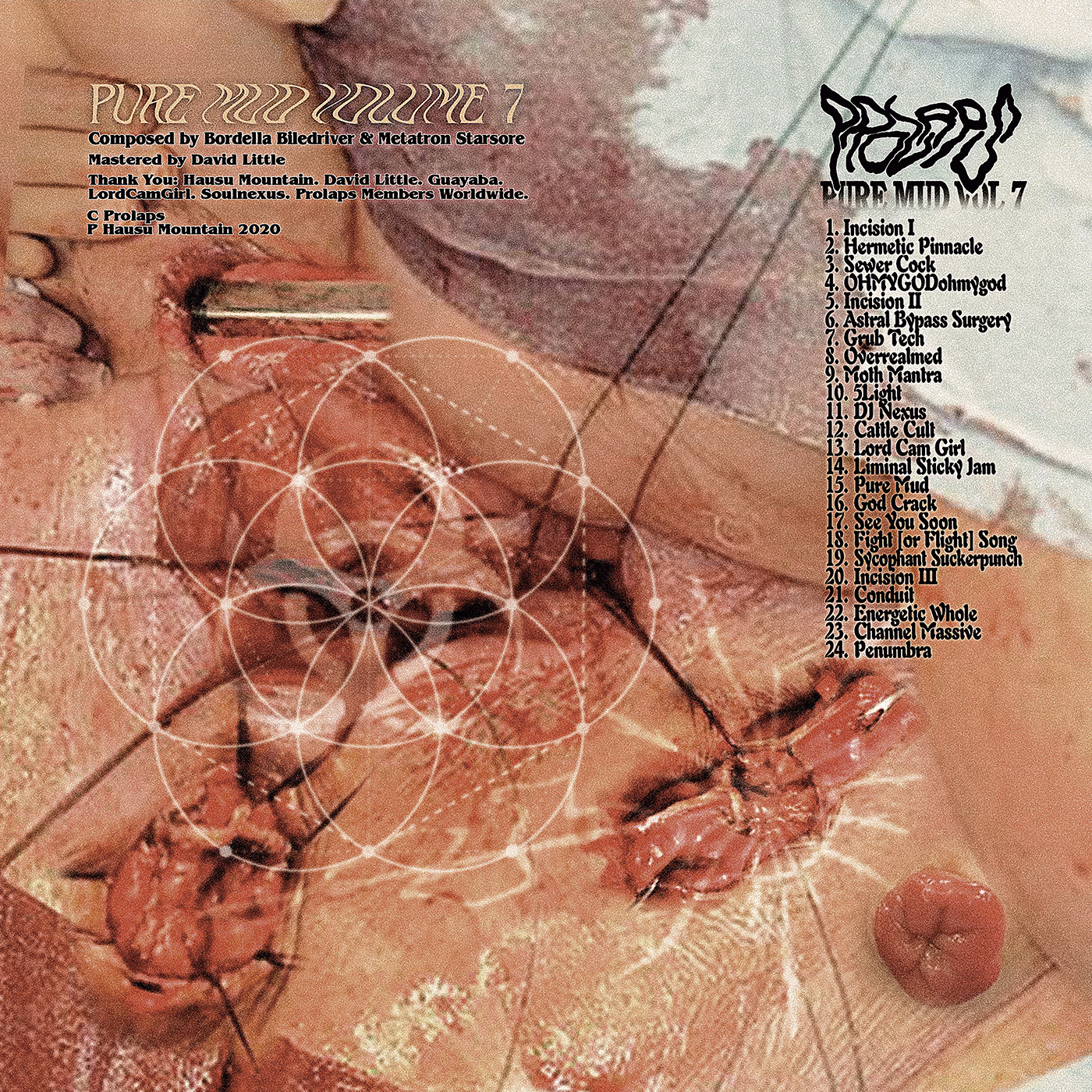 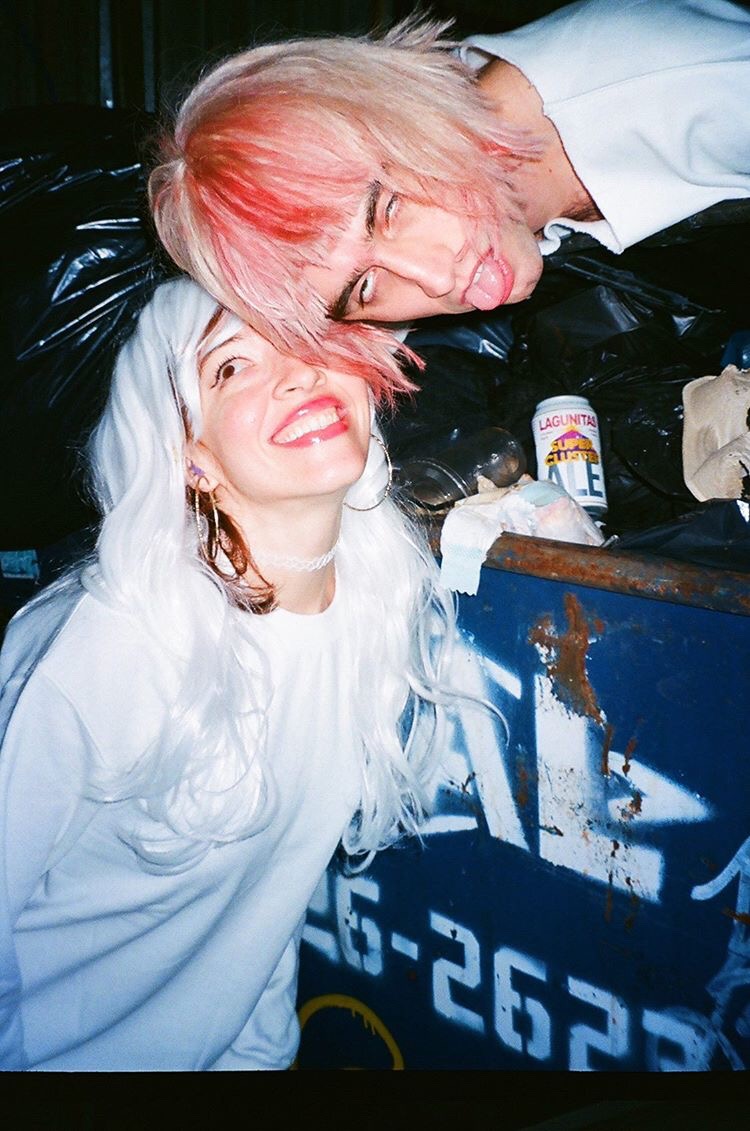