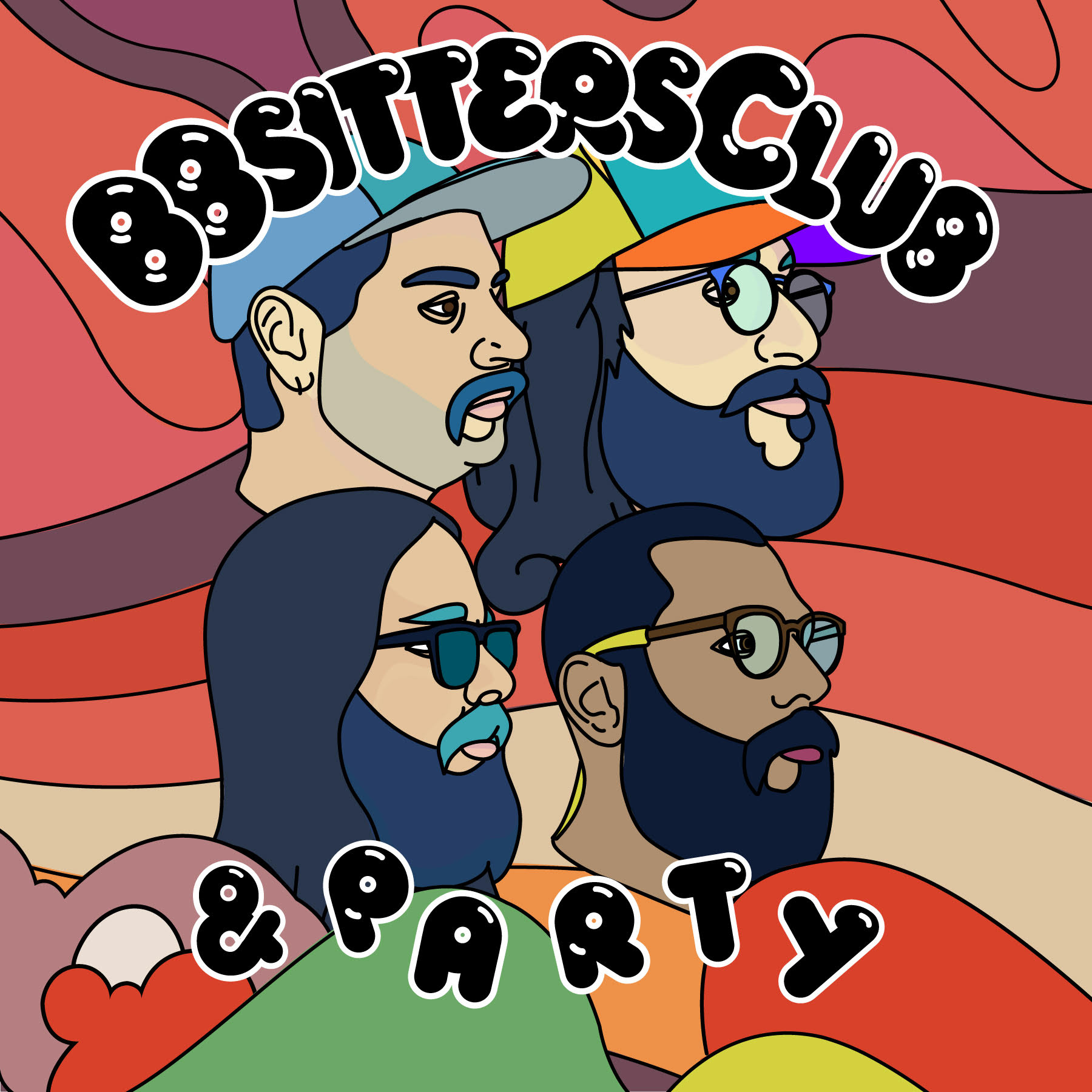 To be released on cassette, CD and digitally on 10/16/20. Artwork by Paul Birhanu. This is the catalog page with album information and artwork. To view the store page, click here.

BBsitters Club is a rock band based in Chicago that features Doug Kaplan and Charlie Olvera on guitars and vocals, Max Allison on bass, and Paul Birhanu on drums. The band orbits a network of HausMo co-founders Kaplan and Allison’s shared projects, including their duo Pepper Mill Rondo and the free-music trio Good Willsmith. BBsitters Club came into being in a basement practice space in 2015, but didn’t emerge from their rehearsals until years later, opting to woodshed and sculpt their songs to the point that they could perform live as a fully realized project — loose around the edges and improv-minded by design, but dialed into their tight instrumental interplay and on-a-dime transitions between styles and genres. Adopting an equally combinatory and confounding approach to rock composition and live performance, the band makes progressive music that channels the goofy energy of a crew of close friends feeding off of each other and developing a shared language. BBsitters Club & Party, their first studio album, walks the line between earnest rock sincerity and tongue-in-cheek parody. With all instrumental tracks recorded live as a full band at Jamdek Recording Studio in Chicago, the album captures the excitement of BBsitters Club’s live shows and demonstrates the level of telepathic collaboration they’ve achieved over years of playing together out of the public eye.

In their songwriting, lyrics, and vocal arrangements, the band embraces and ridicules tropes that have sunk into the rock lexicon over the decades, all while loading their tracks with finely wrought details and technical flourishes. Veering between the realms of country-fried rock, angular post-punk, time signature-juggling math rock, unabashed Guitar Center shred, and some mutated form of the blues — to name just a few of the styles they try on — BBsitters Club make a case for the modern dissolution of genre as we know it, while guaranteeing that some vestige of the “rock band,” in all its absurd glory, remains intact. Regardless of the genres they’re inhabiting at any given moment, the band maintains an abiding focus on irregular meters and tricky arrangements, while always preserving a constant sense of groove and forward motion. BBsitters Club & Party flows through a tracklist that begins with more tightly regimented songs and evolves into longer, looser pieces with unfolding, suite-like structures that highlight passages of anything-goes improvisation. The band designed the album to imitate the energy and format of their raucous live performances, replete with abrupt shifts in mood and seamless segues between songs, all meant to ensure that the audience can never predict the next tangent that the band might choose to streak off into.

While the idea of the auteur rock songwriter has saturated 20th century music history, often embodied in one bandleader and a crew of players who perform their compositions, BBsitters Club operates as a purely democratic entity. The twisting structures of their songs and the juxtapositions between styles originate in writing sessions where every member contributes ideas to the conversation. The band builds their songs on frameworks that combine instances of closely interlocked instrumental riffs with passages of jamband improvisation, to the point that these vocabularies become nearly indistinguishable. The band’s shared love of jam culture manifests in the arcane lore and inside jokes they share with their show-going friends, the unique setlists they plot for each performance, and the streamable online archive of live shows that they’ve compiled since the project’s inception. As time has ironed out the distinction between high and low brow music, and styles previously considered to be on the fringe have reached more ears than ever through the connective tissue of the internet, BBsitters Club channels the “everything is everything” mentality of modern music fandom. As they churn through disparate rock vocabularies with reckless glee, a holistic oneness permeates their music — embodied in the sense of fun and camaraderie that has animated bands of all styles across the decades. 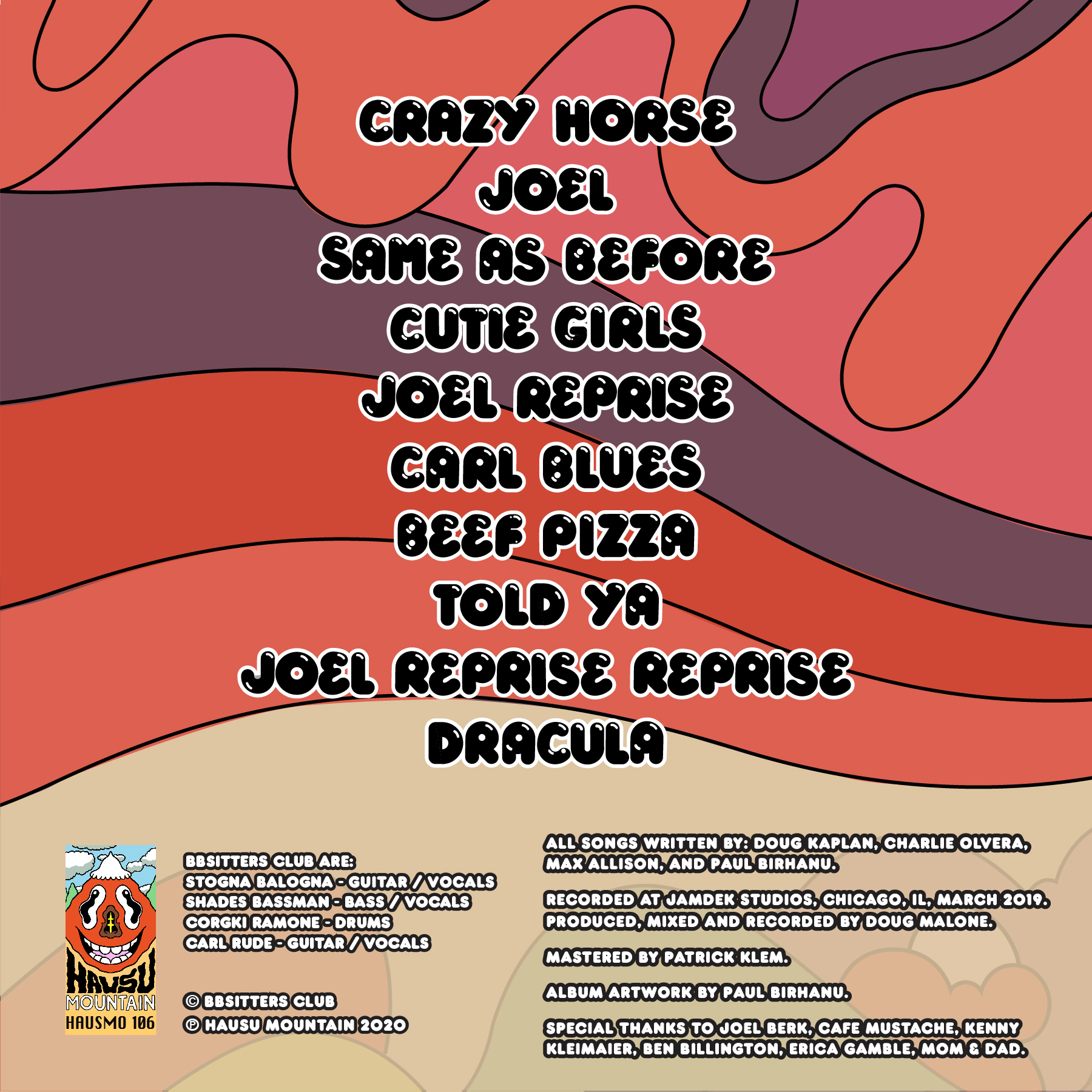 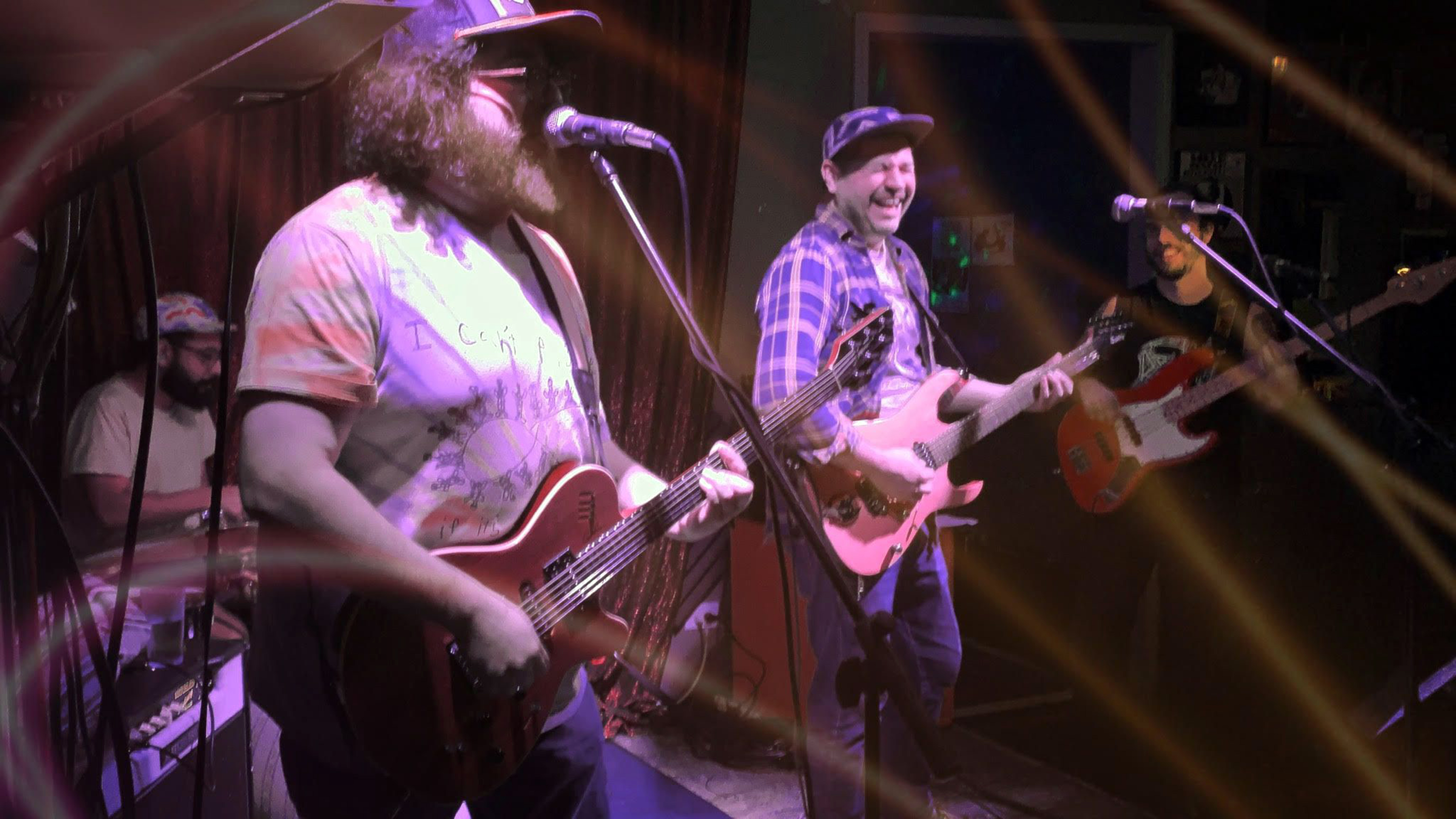 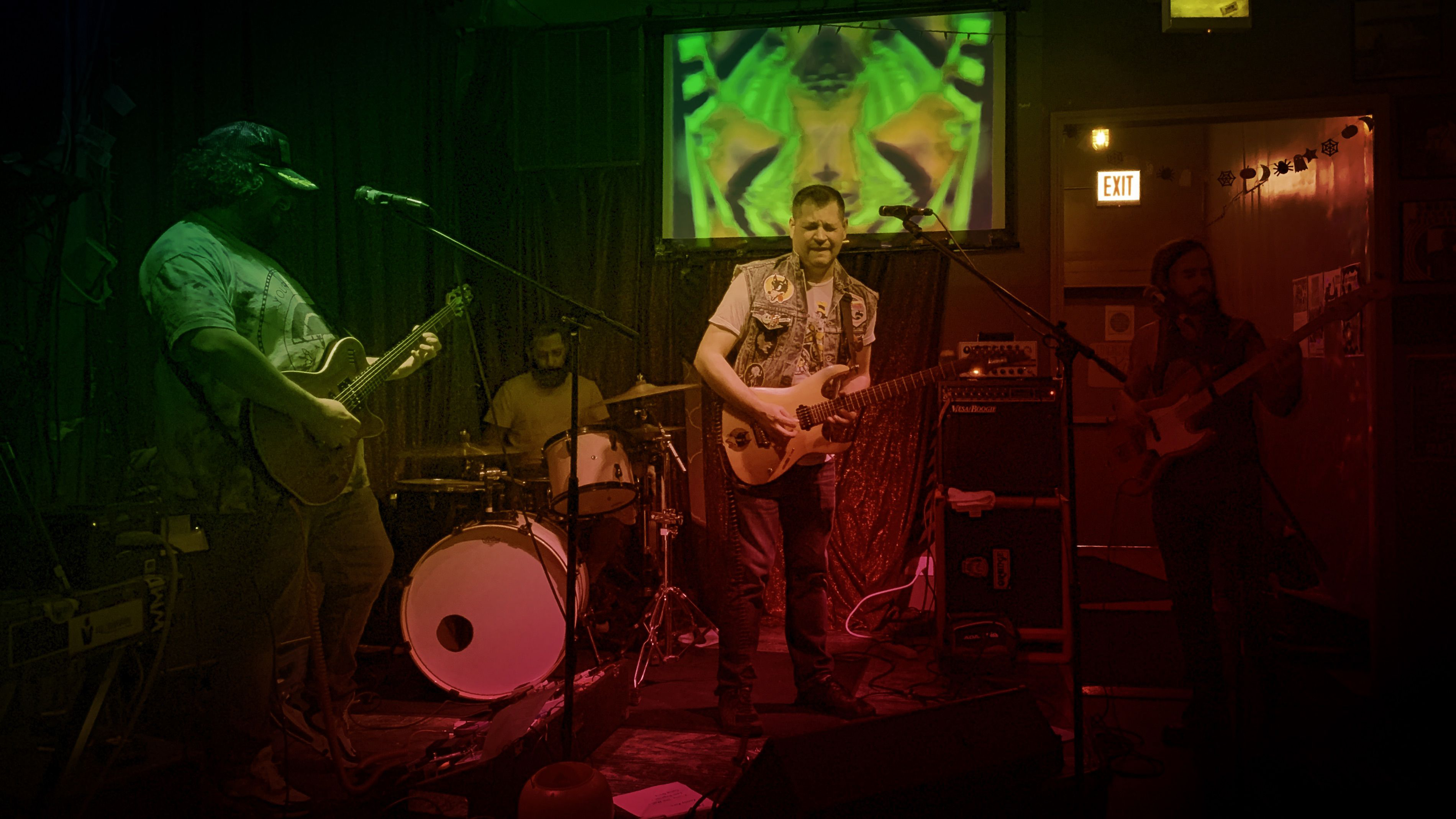