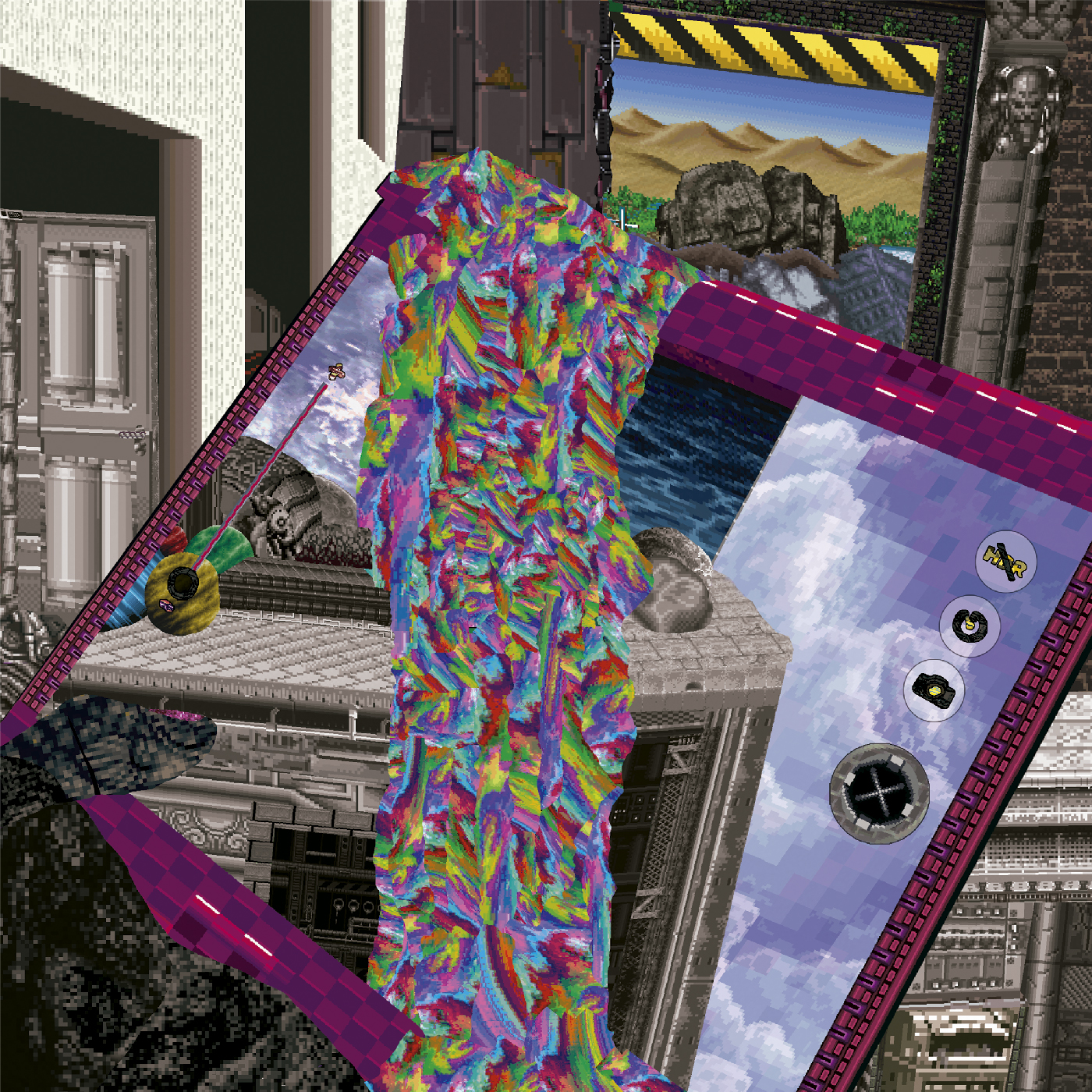 To be released on CD and cassette (C55) on 02/05/21. Artwork by HausMo Max. This is the catalog page with album information and artwork. To view the store page, click here.

San Francisco-based multimedia artist, composer, and improviser Jon Leidecker makes music under the pseudonym Wobbly. He is an active member of both the seminal experimental group Negativland, and with the Thurston Moore Ensemble. Over the course of a varied musical practice that began in the mid-1980s, Wobbly has collaborated with artists including Matmos, Dieter Moebius (Cluster), Tania Chen, Fred Frith, Tim Story, David Toop, Zeena Parkins, and People Like Us. Leidecker has released recordings on labels like Illegal Art, Important Records, Bureau B, and Tigerbeat6. After contributing extensively to Negativland’s live-mix radio program Over The Edge, spearheaded by the late Don Joyce and broadcast from Berkeley’s KPFA FM, Leidecker inherited the program in 2015.

Popular Monitress, Wobbly’s second release with Hausu Mountain, builds on the machine-randomized compositional processes that Leidecker workshopped on 2019’s Monitress (HAUSMO96). After delving deeper into his arsenal of iPads and iPhones stocked with synth software and MIDI-processing apps, he emerges with a nearly hour-long program of new material. The album explodes with overlapping alien melodies, swathes of granular texture, and frenetic electronic percussion patterns, all of which stack into dense barrages of digital detritus and twist through rapidly evolving song structures without ever compromising the gleeful spark and the chaotic sense of humor that run through all of Leidecker’s work. Despite the overlap in nomenclature, Popular Monitress is not a remix album or a direct continuation of previous material – though the presence of the word “popular” here might hint to listeners that he has adapted his approach to somewhat more legible, however skewed, semblances of songcraft. Wobbly once again positions himself as one godfather of many musical forms that have shaped Hausu Mountain into what it is today: fragmented glitch (de)composition; ballistic rhythmic workouts that float in a dimension parallel to the dance floor; ideas that challenge listeners with fluidly unfolding structures overflowing with thrilling deviations.

Leidecker lays out Popular Monitress as a song cycle comprised of mostly shorter pieces, typically between 20 seconds and 3 minutes in length, that each offer a compact shock to the system with their discrete mosaics of fractured tones and splintered grids. When he extends his pieces past the five minute mark, Wobbly still refuses to sit still, and though certain melodic figures might function as recurring motifs within the madness, his non-recursive song structures flip from idea to idea at a whiplash pace. Some moments of Popular Monitress land as jittering, carnival-core beat sketches animated by bursts of synthetic brass, orchestral strings, and mutated “rock” instrumentation (including a guitar performance by Negativland spearhead Mark Hosler on the riotous “Lent Foot”). In the instances when Wobbly pulls back the curtain and allows the voice of an unadorned piano to enter the mix, we catch a glimpse of almost classical grandeur before he allows the machines to subsume the real world back into their anarcho-electronic stew – or, in the case of the track “Every Piano,” a bed of rhythms programmed by Matmos co-chief Drew Daniel.

Leidecker himself explains the compositional framework that informs Popular Monitress: “This is an album about machine listening. Once again my mobile phones and tablets are running pitch trackers and synth apps, converting the sounds they hear into error-prone melodies. The trackers are solely reflexive — they can’t learn, or remember — but they output sounds of unarbitrary complexity, or — music. […] If the last album focused more on improvisations and abstraction, this time around I prepared more in the way of ‘tunes’ ahead of time before turning them over to the trackers.” Wobbly’s seeds of melodic and structural ideas come out the other side of his machines in disfigured forms that draw power from random chance, and exploit technology to chaotic and entangled ends. Though the particulars of his process can certainly fly over our heads, Leidecker charges his work with a sense of playfulness and joy that can’t help but entertain and fascinate those who tune in. 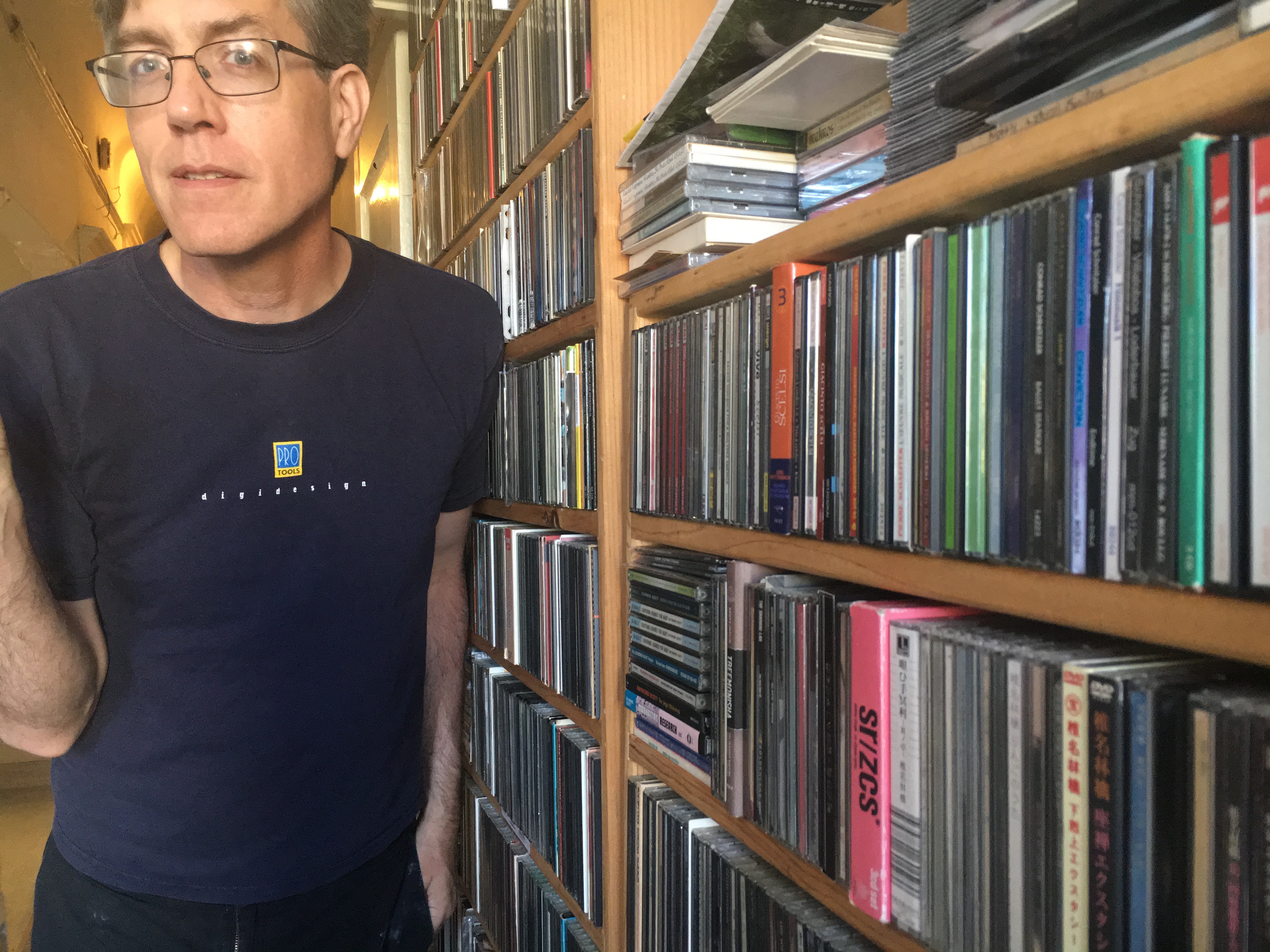