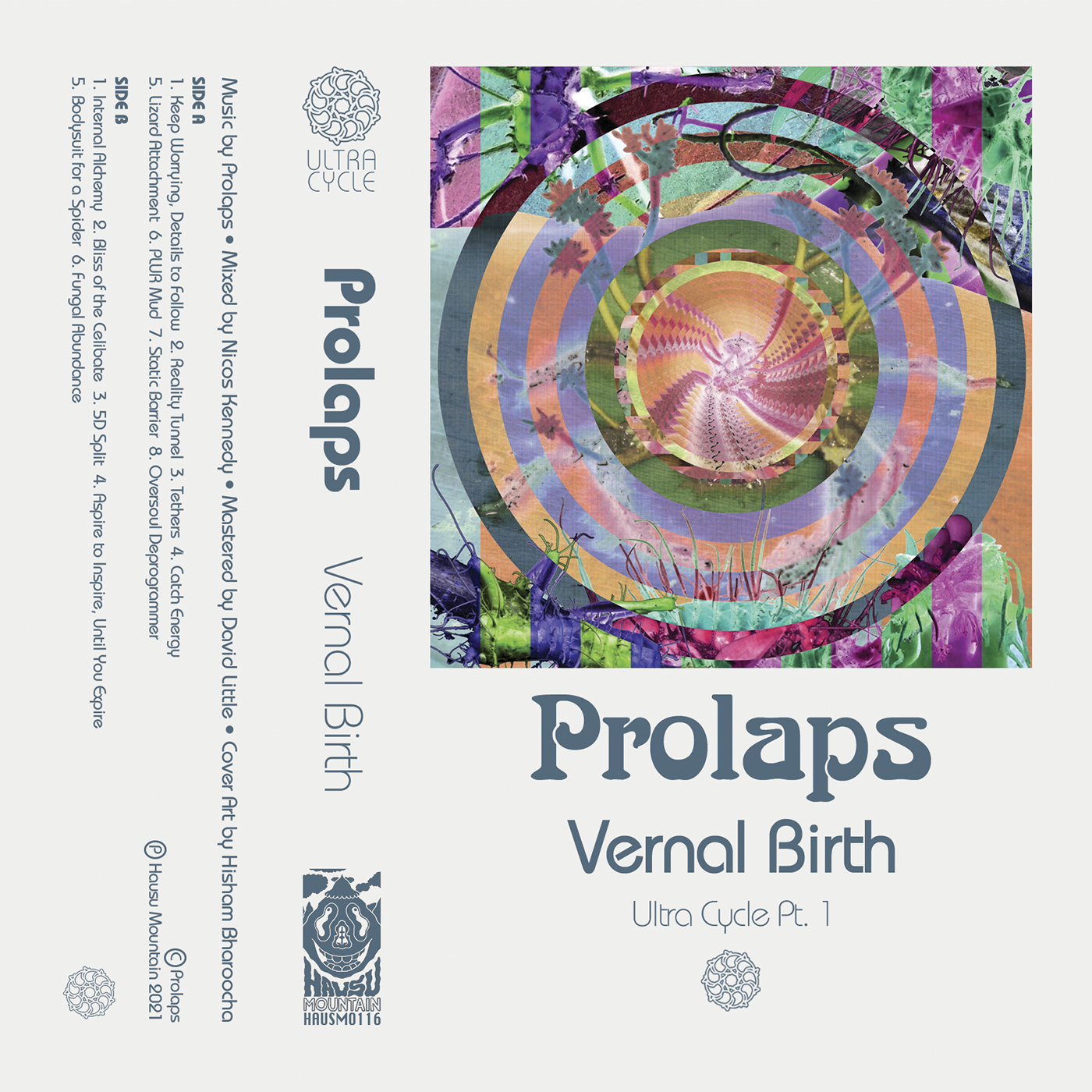 To be released on cassette (C120) and digitally on 03/20/21. Artwork by Hisham Bharoocha. This is the catalog page with album information and artwork. To view the store page, click here.

Prolaps is the supercharged union of Machine Girl producer/vocalist/mastermind Matt Stephenson and Kill Alters producer/vocalist and HausMo flagship artist Bonnie Baxter. In addition to her work with Kill Alters, Bonnie Baxter has released solo music under her own name including 2018’s Ask Me How Satan Started (HAUSMO82) and 2019’s AXIS (HAUSMO95). Stephenson’s catalog with Machine Girl includes releases with Orange Milk, and a number of self-released albums including 2020’s acclaimed U-Void Synthesizer — along with a recently confirmed role as the composer for Nintendo Switch game Neon White, due later in 2021.

Ultra Cycle Pt. 1: Vernal Birth, follows the Prolaps album Pure Mud Volume 7 (2020, HAUSMO105), and builds on the chaotic and overloaded sound that the duo previously explored, while escalating the dance-floor friendly beat factor of their music to new heights of disorienting grandeur. The album represents the first entry in a series of Ultra Cycle releases each planned to arrive on the seasonal shifts represented by the solstices and equinoxes of the 2021 calendar. Encompassing nearly two hours of new music, Vernal Birth showcases the Prolaps project as an active laboratory of hallucinogenic sound intended to capture some vestige of bleary-eyed club euphoria while expanding their palette in the direction of long-form, transportive sessions on the mutated technoid spectrum. The slate of Prolaps releases that Hausu Mountain has planned will expand to somewhere around 8 hours of new material in 2021 across the four parts of the Ultra Cycle series.

Donning the mantle of the Prolaps project, which channels thematic inspiration from the world of cult indoctrination, internet-proliferated conspiracy theories, and chaos magick, Stephenson and Baxter inhabit the identities of Starsore and Biledriver, respectively — further distancing themselves from reality and diving into an imagined interior landscape populated in equal parts by body horror tropes and new age meditations. The well-balanced dichotomy between these two forces becomes clear with any amount of time spent with Vernal Birth blaring on the soundsystem, as the duo explores both momentary shock tactics through grotesque sampling and in-the-red noise elements, and a mind-altering sense of inner peace achieved through extended track lengths and self-obliterating passages of structural repetition.

If this focus on beat-heavy sounds seems to fly in the face of today’s locked down pandemic landscape, Stephenson and Baxter approach their massive, ever-expanding trove of dance-friendly Prolaps material with the long game in mind. In fact, the conditions of COVID-19 led to this fertile period of collaboration. After Baxter was displaced from New York City due to the pandemic, both artists currently live together in Pittsburgh with a wide crew of kindred spirits including Baxter’s husband and Kill Alters bandmate Nicos Kennedy, and Machine Girl drummer Sean Kelly. The Pittsburgh compound draws strength from the proximity and the everyday potential to collaborate on new music, including the forthcoming Kill Alters LP — all of which promises another creative peak for this family of artists. Given the bleakness of the moment in the public-facing world of art, Prolaps takes the cards dealt to them and warps them into 5D shapes with the capacity to reshape the world around them through sound, energy, and delirious abandon.

Any given track on Vernal Birth draws influences from a panoply of genres, from the break-infused mania of jungle and drum and bass, to the low-end focused sound design and textured synth sculpting of EDM, to the crystalline ambient atmospheres of new age, to the ballistic energy and free-for-all sample collage sensibilities of happy hardcore and any number of rave-adjacent styles. Taking a macroscopic view of various electronic idioms, Prolaps manifests their own chimeric vision in which corrupted flashes of any number of past and present vocabularies pop into view as momentary guideposts on a journey into unknown composite territories. The majority of tracks on Vernal Birth take time to stretch close to or past the 10 minute mark, and distinctions between individual tracks merely denote moments when the extended seamless program takes a turn down some new fractal tunnel. The album’s ~2 hour run-time allows their sounds to breathe and overlap over time into monolithic pieces that draw even more energy from their extravagant mass.

Vernal Birth trades in a measure of the confrontational intensity of Stephenson’s and Baxter’s vocal work, which had previously shaped their music into a fusion of aggressive pop, nü metal, and hip-hop. The album foregrounds a heroic dose of jacking rhythmic composition oriented around interlaced four-on-the-floor beat patterns, garbled samples, and rave-friendly bursts of textural noise. While the duo has dialed down the acid-fried, scatological lyricism of Pure Mud Volume 7, their twisted sense of humor and maniacal glee still manifests in the anarchic atmosphere that hangs over every track, in which themes of ego death and inner peace mix together within a boiling cauldron of distinctly amped-up emotion. As a result, Vernal Birth feels like an album that you could play from front to back in a dance-floor setting without ever losing the attention of the party-goers, while ensuring that their minds wander off to previously unvisited planes of existence. 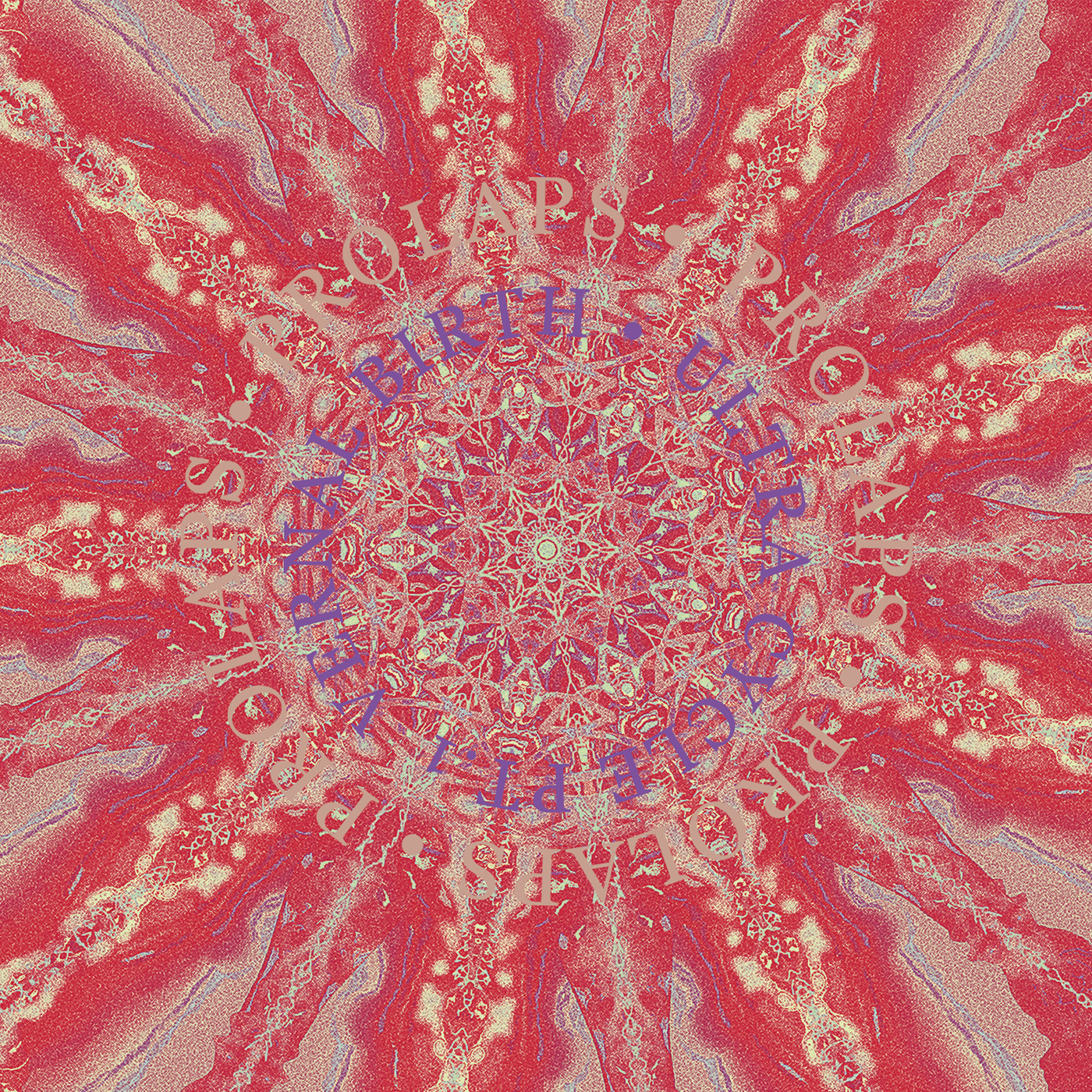 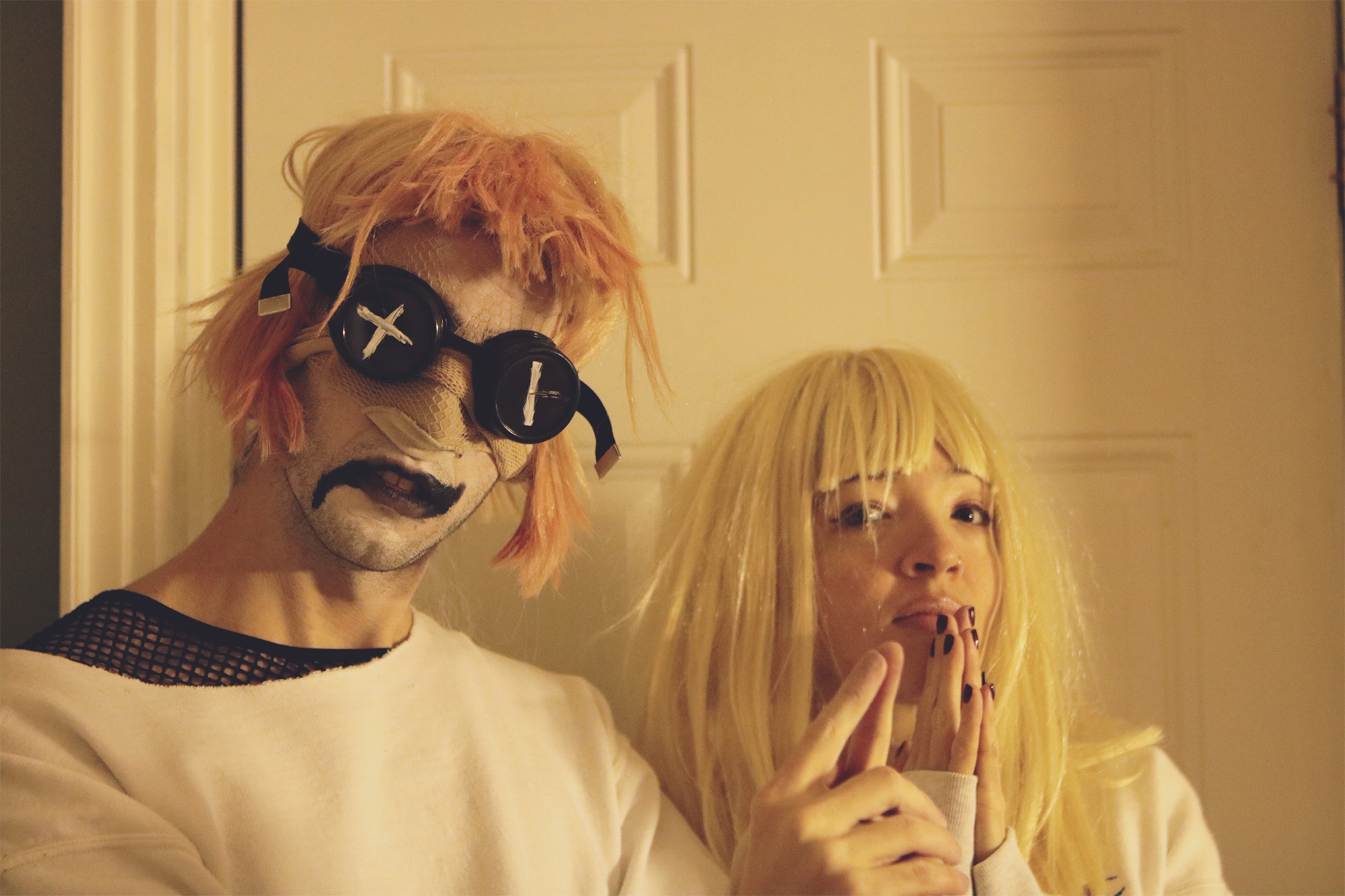 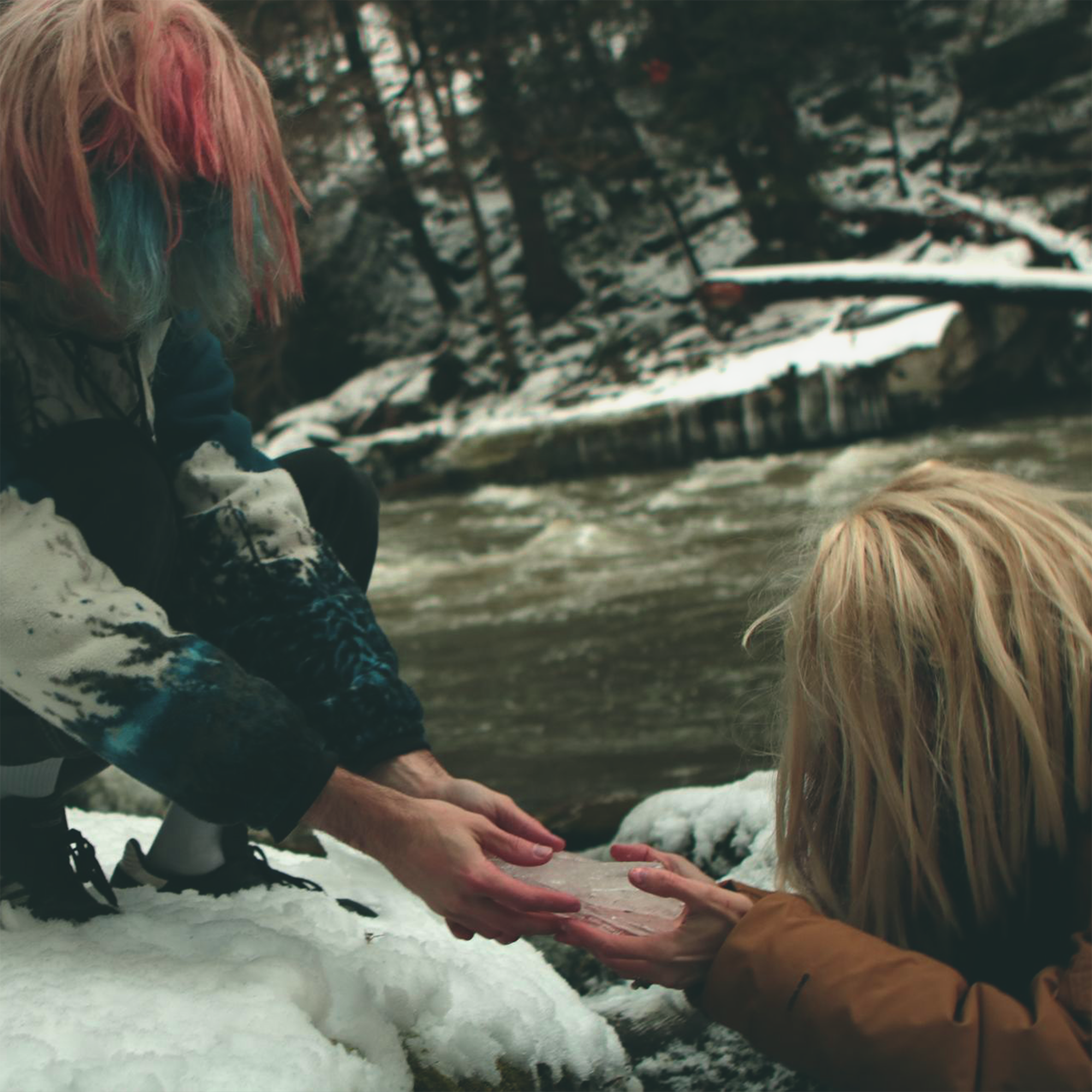